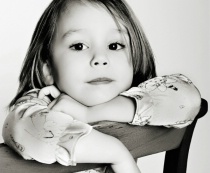 Good morning my fellow Rotarians. After spending the past week in Florida, its great to be back to one of my beloved four seasons! Actually, I love having four seasons, but I digress.

I spent this past few days at a John Maxwell leadership event with a day working on a national youth initiative we will be rolling out this spring. At one point someone mentioned Paul Harvey’s work to help young people and it reminded me of something he wrote for his grandkids 20 years ago. I thought I’d share it with…

We tried so hard to make things better for our kids that we made them worse. For my grandchildren, I'd like better.

I'd really like for you to know about hand me down clothes and homemade ice cream and leftover meat loaf sandwiches. I really would.

I hope you learn to make your own bed and mow the lawn and wash the car. And I really hope nobody gives you a brand new car when you are sixteen. I hope you get a black eye fighting for something you believe in.

I hope you have to share a bedroom with your younger brother/sister. And it's all right if you have to draw a line down the middle of the room, but when he wants to crawl under the covers with you because he's scared, I hope you let him.

On rainy days when you have to catch a ride, I hope you don't ask your driver to drop you two blocks away so you won't be seen riding with someone as uncool as your Mom.

When you learn to use computers, I hope you also learn to add and subtract in your head and to read from books.

I hope you get teased by your friends when you have your first crush and when you talk back to your mother that you learn what soap tastes like.

May you skin your knee climbing a mountain, burn your hand on a stove and stick your tongue on a frozen flagpole.

I don't care if you try a beer once, but I hope you don't like it. And if a friend offers you dope or a joint, I hope you realize he is not your friend.

I sure hope you make time to sit on a porch with your Grandma/Grandpa and go fishing with your Uncle. May you feel sorrow at a funeral and joy during the holidays.

I hope your mother punishes you when you throw a baseball through your neighbor's window and that she hugs you and kisses you at Christmas time when you give her a plaster mold of your hand.

These things I wish for you - tough times and disappointment, hard work and happiness. To me, it's the only way to appreciate life. 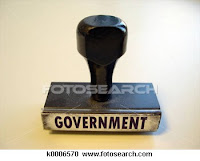 Government 'Common Sense' - Not!
Good morning my fellow Rotarians.  Today's stories are true and exemplify the not-so-common-sense examples of government at its finest!
The EPA
A 2007 federal energy law requires companies that supply gasoline in the U.S. to blend in a certain cellulose-based ingredient into the gasoline starting in 2012 -- even though (as the Environmental Protection Agency well knows) the ingredient does not now exist. A New York Times reporter checked with the EPA in January and found that the gasoline supply companies will still have to pay penalties for noncompliance (and most likely, according to EPA officials, even-stiffer penalties in the coming years).  Research scientists say the ingredient is still two or three years from actually being produced.  A petrochemicals association executive said… “It belies logic.  Only a federal government agency would get away with imposing a fine for non-usage of an ingredient that doesn’t exist.”  The EPA is projecting to collect between 15 and 18 million this year in fines.
Local City & Fire Department
To meet its municipal budget, the town of South Fulton, TN, assessed each residence $75 a year for firefighting service, but in the name of "liberty" gave people the chance to opt out of coverage. Vicky Bell chose not to pay, and when her home caught fire in December, firefighters rushed to the scene -- but only to be on hand in case the fire spread to her neighbors, who had paid their fees.  The firefighters were ready and able to put out the fire, but were told to stand by and watch as Bell's home burned to the ground.  Wow.
The IRS
The U.S. Treasury Department's inspector general for tax matters revealed this pass month that the IRS had certified 331 prison inmates as registered "tax preparers" during 2011, including 43 who were serving life sentences. Over 200 of the inmate did NOT disclose that they were in prison. The Treasury Dept blamed a 2009 federal law because it encourages online filing of tax returns and that law changed the rules to become a "tax preparer", which is now a simple-to-pass online 120-question test.  Here’s the kicker…  USA Today reported last November that inmate tax prepares were able to submit false or fraudulent tax returns to scam the IRS for nearly $39.1 million in 2009 alone.
There you have it, just a few examples of government common sense at it’s best!  And that is the bottom of our news for this Friday, February 17, 2012.
###
Posted by Unknown at 12:03 AM No comments: Links to this post

Get Out of My Car!
Good morning my fellow Rotarians.  The story I’m about to share with you is supposedly a true account recorded in the Police Log of Sarasota, FL.
An elderly Florida lady did her shopping and, upon returning to her car, found four guys in the act of leaving with her vehicle.
She dropped her shopping bags and drew her handgun, proceeding to scream at the top of her lungs, “I have a gun, and I know how to use it!  Get out of my car!”
The four men didn’t wait for a second threat.  They got out of the car and ran like mad.
The lady, somewhat shaken, then proceeded to load her shopping bags into the back of the car and got in the drivers seat.  She was so shaken that she could not get her key into the ignition.
She tried and tried, and then she realized why.  It was for the same reason she had wondered why there was a football, a Frisbee and two 12-packs of beer in the front seat.
A few minutes later, she found her own car parked four or five spaces farther down the lot.  She loaded her bags into her car and drove to the police station to report her mistake.
The police sergeant to whom she told the story could not stop laughing.
He pointed to the other end of the counter, where four very pale men were reporting a car jacking by a mad, elderly woman described as white, less than five feet tall, glasses, curly white hair and carrying a large handgun.
No charges were filed.
The moral of the story?  If you are going to have a senior moment… make it memorable!  And that my friends, is the bottom of our news for this Friday, February 10, 2012.
###
Posted by Unknown at 12:20 AM No comments: Links to this post