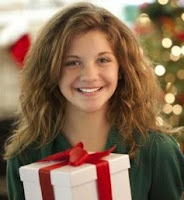 Good morning my fellow Rotarians.  Each year at Christmastime I enjoy sharing a special story to highlight the true meaning behind this very special holiday.

Dr. Norman Vincent Peale, a noted minister and author, tells the story of a young girl, an exchange student from Sweden, who was spending the holiday season in New York City while living with an American family.  Her chores were helping around the house, but she didn't have much money. So she knew she couldn't buy nice Christmas presents for her host family—besides, they already had so much, with new gifts arriving every day from family and friends.

With just what little money she had, she went out and bought an outfit for a small baby, and then set out on a journey to find the poorest part of New York and the poorest baby she could find. At first, she received only strange looks from people when she asked them for help. But then a kind stranger, a Salvation Army bell-ringer, guided her to a poor part of town and helped her deliver her gift.

On Christmas morning, instead of giving her host family gifts, she told them about her act of kindness done in their name. Everyone was speechless, and everyone was blessed—the girl for giving, the wealthy family for seeing others with new eyes, and the poor family for receiving an unexpected gift.

I believe unexpected gifts are some of the most special.  At this time of the year there seems to be many opportunities to give to those who have great needs, or your giving could be simple things like a smile, a listening ear or words of encouragement.

As Rotarians we are gift givers; of our time, our talent and our resources - and not just at Christmas.  It’s who we are.  It’s what we do.  Christmas began with the giving of one gift.  Over 2,000 years ago, God gave His son, Jesus Christ to the earth as His special gift.  And to many, it was unexpected.  Christmas began with Christ and if you are not familiar with this story, I encourage you to check it out this holiday season.

For me my fellow Daybreakers, this will be my last bottom of the news.  On July 7th, 2007, Steve Carpenter offered me the privilege to stand before you each week.  I have greatly appreciated the gift of being able to share things with you, especially stories like today.  Now, after 317 reports and 8 ½ years, it’s time to pass on this duty as I look ahead to my new role as club president.  Jen Neuman officially takes up the mic on January 8th.   Thank you for allowing me to do something I truly enjoy.  Merry Christmas to you and your family!

What Gender is a Computer? 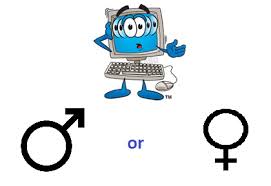 Good morning! This morning I thought I share a fun piece from brother Steve Carpenter regarding a “Spanish Computer.”

A Spanish language teacher was explaining to her class that in Spanish, unlike English, nouns are designated as either masculine or feminine.

"Pencil," however, is masculine… "el lapiz."

A student asked, "What gender is 'Computer'?" Instead of giving the answer, the teacher decided to have a contest between the men and women, and asked them to decide for themselves whether "Computer" should be a masculine or a feminine noun. Each group was asked to give four reasons for its recommendation.

The men's group decided that "Computer" should definitely be of the feminine gender ("la computadora"), because:

The women's group, however, concluded that computers should be masculine ("el computador"), because:

Guess who won? You got it, the women. And for the guys, the suggestion was to keep working on maintaining a sense of humor. And that’s the Bottom of our News on this Friday, October 2nd, 2015. ### 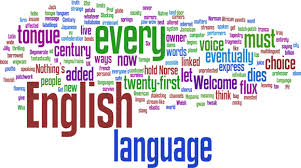 Good morning!  This morning I want to introduce you to Heteronyms.  Ever heard of them?  They are those words that are spelled the same, but have a different pronunciation and different meaning.

For you grammar geeks out there heteronyms may be FUN, but for a non-English speaking person trying to learn our language, they can be a challenge and sometimes weird!  So, here are a few examples…


Let's face it - English is a crazy language…. There is no egg in eggplant, nor ham in hamburger; neither apple nor pine in pineapple. English muffins weren't invented in England or French fries in France. Sweetmeats are candies while sweetbreads, which aren't sweet, are meat.

We take English for granted. But if we explore its paradoxes, we find that quicksand can work slowly, boxing rings are square and a guinea pig is neither from Guinea nor is it a pig.  And yet, it’s all English! 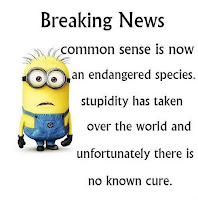 If Something Can Go Wrong...

Good morning! I would guess you the definition of Murphy's Law… If anything can go wrong, it will go wrong (Sometimes known as the 4th law of Thermodynamics).

Captain Edward A. Murphy, an American engineer at Muroc, California (Edwards Air Force Base) came up with the first law.

In 1949 he was working on a project to test the effects of sudden braking. Time after time his machinery failed and finally, he said 'If there is any way to do it wrong, I will find it.' The phrase stuck and quickly became widely used.

Here are a few of the lesser known Murphy’s laws…
So, as we enter this beautiful weekend, may you NOT experience a Murphy’s Law moment! And that is the Bottom of our News on this Sept 18, 2015!

Where were you this morning 14 years ago?  I would guess that you can recall exactly where you were when you first heard the news of planes flying into the World Trade Center towers.

I was in a hotel in Galena, IL doing my final prep to lead a training conference with my 35 team members from around the Midwest.  Needless to say, my meeting didn't happen. 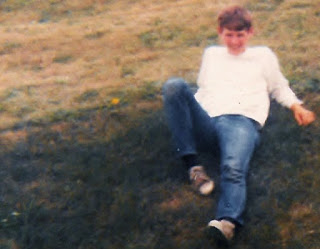 For me, my first memorable 911 was 43 years ago.  It was my first day of college and that evening, while watching the 10 o’clock news I heard of a teenager from my hometown who had been killed in a car accident.  They didn't release the name until the immediate family could be notified.  I was that family.  Soon after I got the phone call.

John Drewelow was 16, full of life, high energy, never a dull moment, highly competitive, my rival, my friend, my brother.

Out of our 911 tragedy came some very powerful positives.  My dad had remarried five years earlier when I inherited three new siblings.  We went from two families to one that day.  The 911 for my family brought us together and made us stronger.

911 for our country did the same.  It brought us together.  Made us stronger.

Yesterday, 14 years ago, millions of Americans went to bed quietly, with no thought that the next morning their world would change forever.  That night hundreds packed flight bags they would not live to open.  Thousands slept with loved ones for the last time.  One never knows what a new day has in store.

Live each day to the fullest, and never miss a chance to let those dearest to you know of your love for them.  So, tonight if you have someone in your life that you love, tell them.

Events such as these are etched in time and in our memory.  May we always remember.  May we never forget. 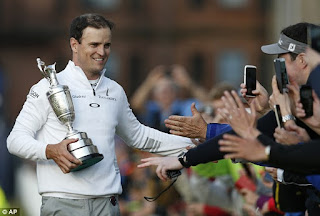 Last week I stood up here with an update on Zach Johnson’s play in the British Open. Little did we know that he would go to become the champion of the most prestigious and oldest golf event in the world, the British Open. And the 144th annual event was held at the birthplace of golf, St. Andrews Old Course in Scotland. It is quite an honor for, as Zach says “a kid from Iowa who has been blessed with some talent.” Here are a few things to note about this special guy from Cedar Rapids.


HE HAS USED THE SAME PUTTER HIS ENTIRE CAREER… Most players change putters frequently, but Zach is the exception, using the same putter since during his early day in the minor tours.

HIS OPEN WIN PUT HIM IN ELITE COMPANY… With his victory at the 2015 Open, Johnson becomes just the sixth person to hoist the claret jug at St. Andrews and win the Masters. The other five: Jack Nicklaus, Tiger Woods, Sam Snead, Steve Ballesteros and Nick Faldo. Not the worst of congregations to join.

WHAT JOHNSON LACK IN DISTANCE… With a 280-yard average, one of the shortest players (164th) on tour -- he makes up for in accuracy. Johnson's boasts a 73.4 accuracy percentage , third-best on tour.

JOHNSON WASN'T THE BEST PLAYER ON HIS GOLF TEAM… You would think a two-time major winner would have been the star of his college team at Drake. He wasn't the best player on his team, but he had the perseverance and work ethic to continue to develop into a star player.

JOHNSON'S CADDIE IS QUITE THE PLAYER HIMSELF… Damon Green competed on the lower levels of golf, capturing 75 victories on mini-tours. Green decided to give caddying a try 15 years ago, and has been on the bag for all of Johnson's wins.

HE SPENT YEARS IN THE MINORS and developmental leagues for six seasons and his breakthrough was in 2003, when he won Player of the Year honors on the Nationwide Tour.

HE HAS HIS OWN FOUNDATION… Johnson and his wife started the Zach Johnson Foundation, focused on helping children and families in Cedar Rapids, Iowa. Some of the foundation's programs include Birdies That Care (which helps provide college scholarships to those in need), Kids on the Course (helping children realize opportunities in the classroom) and the Zach Johnson Foundation Classic.

HE WON THE MASTERS in similar fashion… Due to rainy weather with strong winds and cold temperature, he won the 2007 Masters with one of the worst winning scores, but two strokes better than Tiger Woods, Retief Goosen and Rory Sabbatini.

JOHNSON ONCE SANG AT WRIGLEY FIELD… That's right, Johnson can sing! Okay, not really, but Johnson was given the honor of performing "Take Me Out to the Ballgame" at Wrigley Field.

And that’s a few things to note about our local Cedar Rapids guy, Zach Johnson. This year’s winner of the British Open. Congratulations to Zach, you make us proud. And that is the Bottom of our News on this July 24th , 2015! 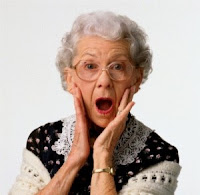 Have you ever sent the wrong email to the wrong person? I’m guessing most everyone has done something similar. Wouldn’t it be great if there was an ‘Undo’ key to simply fix those blunders? The two most common mistakes are sending the wrong attachment or hitting the Reply All button instead of the Reply key.

Well, here is a recent true example I wanted to share with you.

A couple had set up their vacation and with the idea that the wife would be joining her husband at their destination a day later from her business trip. When the husband reached his hotel, he decided to send his wife a quick email.

Unfortunately, when typing her address, he mistyped a letter in the email address and his note was directed instead to an elderly preacher’s wife whose husband had passed away only the day before. When the grieving widow checked her email, she took one look at the monitor, let out a piercing scream, and fell to the floor in a dead faint.

At the sound, her family rushed into the room and saw this note on the screen:

To the love of my life… Just got checked in. Everything is prepared and I am anxiously awaiting for your arrival tomorrow. P.S. Sure is hot down here.