Good morning my fellow Rotarians!  For those who have served on jury you will find this story to be one of interest because it has a strange twist of fate.  It was originally presented in 1994 at the annual Forensic Science awards dinner.  President Dr. Don Harper Mills astounded his audience with the legal complications of a bizarre death with this true story, but you have to listen carefully…

On March 23, 1994 the medical examiner viewed the body of Ronald Opus and concluded that he died from a shotgun wound to the head.  Mr. Opus had jumped from the top of a 10-story building intending to commit suicide. He left a note to the effect indicating his despondency.

As he fell past the ninth floor, his life was interrupted by a shotgun blast passing through a window, which killed him instantly. Neither the shooter nor the deceased was aware that a safety net had been installed just below the eighth floor level to protect some building workers and that Ronald Opus would not have been able to complete his suicide the way he had planned.

The room on the ninth floor, where the shotgun blast came from, was occupied by an elderly man and his wife. They were arguing vigorously and he was threatening her with a shotgun.  The old man was so upset that when he pulled the trigger, he completely missed his wife and the blast went through the window, striking Mr. Opus.  When one intends to kill subject 'A' but kills subject 'B' in the attempt, one is guilty of the murder of subject 'B.'

When confronted with the murder charge, the old man and his wife were both adamant in that they thought the shotgun was not loaded. The old man said it was a long- standing habit to threaten his wife with the unloaded shotgun.  He had no intention to murder her. Therefore, the killing of Mr. Opus appeared to be an accident; that is, assuming the gun had been accidentally loaded.

The continuing investigation turned up a witness who saw the old couple's son loading the shotgun about 6 weeks prior to the fatal accident.  It transpired that the old lady had cut off her son's financial support and the son, knowing the propensity of his father to use the shotgun threateningly, loaded the gun with the expectation that his father would shoot his mother.

Since the loader of the gun was aware of this, he was guilty of the murder even though he didn't actually pull the trigger.  The case now becomes one of murder on the part of the son for the death of Ronald Opus.

Now for the exquisite twist... Further investigation revealed that the son was, in fact, Ronald Opus.  He had become increasingly despondent over the failure of his attempt to engineer his mother's murder.  This led him to jump off the 10 story building on March 23rd, only to be killed by a shotgun blast passing through the ninth story window.  The son, Ronald Opus, had actually murdered himself.

So the medical examiner closed the case and ruled it as a suicide.  A true story.  A bizarre twist of fate.  And that my friends, is the Bottom of the News for this Friday, March 23, 2013. 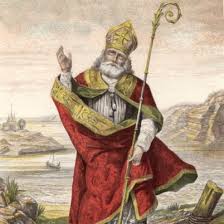 In Honor of St. Patrick!

Good morning my fellow Rotarians!  With St Patrick’s Day upon us how many of you know how and why this special day exists?

Well, it all started with a band of Irish marauders in the fifth century who kidnapped a 16-year old Welsh kid named Maewyn.  As it happened, young Maewyn became enslaved and was sent to the mountains as a shepherd where he learned how to pray and a few years later he had a dream which he called his religious awakening.

He spent a number of years studying in several monasteries and eventually he took on a new name, Patrick.  Pope Celestine sent him to evangelize England and then Ireland.  Within 30 years he had converted all of Ireland to Christianity and Ireland became known as the Land of Saints.

Patrick founded schools and churches and was a great teacher.  The shamrock, a trifoliate clover, became his cleverest teaching tool.  He used it to explain the Trinity — each leaf representing the father, son and Holy Spirit while forming one union.  It was simple, powerful and very effective.

There is some blarney in the stories about St. Patrick; the most notable example being where he was delivering a sermon on a hilltop and he banished the country's snakes.  This may have been symbolic to pagan practices, but it cannot be true because the island of Ireland never had any native snakes.

Saint Patrick died on March 17th, 461 AD.  The date was declared a religious feast day where traditional Lenten prohibitions were waived; dancing, drinking, and eating meat.  Today in Ireland, most businesses, excluding restaurants and pubs, are closed on March 17th and they have a 6-day festival to honor St. Patrick in Dublin from March 13-19 that features music, theater, dance, comedy, fireworks and more; it draws over a million spectators from around the world each year.

In fact, as we speak, over 90 marching band kids from Jefferson, Washing and Kennedy HS’s are in route to Dublin to march in the BIG parade along with two other parades in Ireland this next week.

The first St. Patrick's Day parade did not take place in Ireland, however; it was in New York City in 1872 so downtrodden Irish immigrants could publicly declare their Irish heritage pride.  Today St. Patrick’s Day parades take place across Europe, the Americas and Asia.  It is the world’s largest celebration of a single nationality.  Over 34 million people in the US claim Irish heritage and yet Ireland is a country of just under 6 million people.

So, for a moment I suggest we lift a glass to honor that patron saint Patrick… (hear, hear!) the man who saved a country and preserved the Irish heritage for centuries.  And that is our Bottom of the News on this Friday, March 16, 2013. 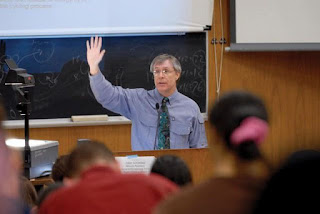 Good morning.  My thanks to my mom for passing on this excellent article about a college professor that is true!

An economics professor at a local college made a statement that he had never failed a single student before, but had recently failed an entire class. That class had insisted that Obama's socialism worked and that no one would be poor and no one would be rich, a great equalizer.

The professor then said, "OK, we will have an experiment in this class on Obama's plan". All grades will be averaged and everyone will receive the same grade so no one will fail and no one will receive an A.... (substituting grades for dollars - something closer to home and more readily understood by all).

As the tests proceeded, the scores never increased as bickering, blame and name-calling all resulted in hard feelings and no one would study for the benefit of anyone else.

To their great surprise, ALL FAILED and the professor told them that socialism would also ultimately fail because when the reward is great, the effort to succeed is great, but when government takes all the reward away, no one will try or want to succeed. These are possibly the 5 best sentences you'll ever read and all applicable to this experiment:

1. You cannot legislate the poor into prosperity by legislating the wealthy out of prosperity.

2. What one person receives without working for, another person must work for without receiving.

3. The government cannot give to anybody anything that the government does not first take from somebody else.

4. You cannot multiply wealth by dividing it!

Can you think of a GOOD reason NOT to share with others?  Neither could I.  Send everyone to this blog.