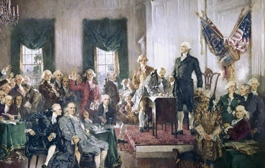 Do You Know the Price Our Founders Paid?

Good morning my fellow Rotarians.  This morning I want to talk about Independence Day. As we all know, freedom is never free!  Consider what happened to the 56 men who signed the Declaration of Independence:
They signed and they pledged their lives, their fortunes, and their sacred honor.  What kind of men were they?

Well, twenty-four were lawyers and jurists. Eleven were merchants and business owners; nine were farmers and plantation owners. They signed the Declaration knowing full well that the penalty would be death if they were captured.

Carter Braxton of Virginia, a wealthy planter and trader, saw his ships destroyed by the British Navy. He sold his home and properties to pay his debts, and died in rags.

Vandals or soldiers looted the properties of 8 other signers.  Francis Lewis had his home and properties destroyed. They jailed his wife who died within months.

Many others suffered similar fates.  These are true stories about the men of the American Revolution.

They were well educated and they had their security, but they valued their liberty and freedom more.

They firmly pledged: "For the support of this declaration, with firm reliance on the protection of THE divine providence, we mutually pledge to each other, our lives, our fortunes, and our sacred honor."

They gave us a free and independent America. During the Revolutionary War we didn't fight just the British. We were British subjects at that time and we fought our own government!

Some take our liberties for granted, yet we owe a debt of gratitude to these patriots who came before us.

So, it’s not just another “holiday” at the beach.  Sure, we all should enjoy family, a picnic, a baseball game, fireworks and time off.  But at some point this next week, take time to reflect on the history, struggle, sacrifice and significance behind the celebration.

I thank God for our “Independence Day” in America.  And the fact that freedom is never free! 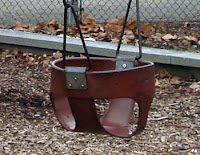 Good morning my fellow Rotarians. Here’s a lesson that most of us would not want to learn the hard way. Some bets just shouldn't be made.

Just ask a 21-year-old Oakland man who made a $100 bet with his friends that he could fit into a baby swing at a local park.

The San Francisco Chronicle reports that the unidentified man (who should be thanking police for not releasing his name) lubed himself up with liquid laundry detergent and jammed himself into the kiddie swing's leg holes about 9 p.m. Friday night.

But he got stuck, his legs swelled and he couldn't get out. To make matters worse, his so called “friends” abandoned him.

The newspaper reported that nine hours passed before a groundskeeper heard the man screaming for help at 6 a.m. the next morning. Oakland firefighters tried to free him, but had to cut the chains and took him to a hospital - still in the swing. They used a cast cutter to cut the swing off his body.

The Chronicle reported… "The man sustained non-life-threatening injuries to his body, but there's no word yet on the condition of his ego.” 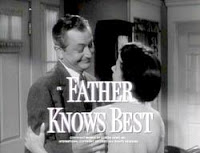 Good morning my fellow Rotarians.  Dad holds a special place in our hearts, and on Father’s Day, he deserves the best!  In a 2011 newspaper contest people were encouraged to send in their funny ‘Dad Stories’ so I thought I’d share a few of them with you…

Thanks for the Soda, Pop… Before I took the old family car to college, my father loaded the trunk with soft-drink bottles filled with oil, coolant and transmission fluid.  Sure enough, my car overheated. Scolding myself for not listening to my father’s instructions, I looked at the engine and saw how well he knew me. The oil cap was labeled Dr Pepper, the transmission stick, Coke, and the empty coolant container, Diet Pepsi. Thanks to his creativity, I finished my trip safely.

Say What, Dad?... Our Gen-X daughter, Christie, made my husband a Father’s Day card entitled “Things My Dad Would Never Say.” Such as:  “Can you turn up that music?”  “Go ahead and take my truck; here’s 50 bucks for gas.”  “I LOVE your tattoo. We should both get new ones.”  “Here, you take the remote.”

What a Card… Father’s Day was near when I brought my three-year-old son, Tyler, to the card store. Inside, I showed him the cards for dads and told him to pick one.  When I looked back, Tyler was picking up one card after another, opening them up and quickly shoving them back into slots.  “Tyler, what are you doing?” I asked. “Haven’t you found a nice card for Daddy yet?”  “No,” he replied. “I’m looking for one with money in it.”

Papa Bear… My husband’s cousin married a former Marine who now works for UPS. They bought their four-year-old son two stuffed bears — one in a UPS uniform and the other in Marine garb. When the boy seemed confused, his father brought out a picture of himself in full Marine dress. “See, Connor?” he explained, pointing to the photo and then to the bear. “That’s Daddy.”  Connor’s eyes went from one to the other, and then he asked in a puzzled voice, “You used to be a bear?”

Pop Vs. Pup… While flying from Denver to Kansas City, Kansas, my mother was sitting across the aisle from a woman and her eight-year-old son. Mom couldn’t help laughing as they neared their destination and she heard the mother say to the boy, “Now remember — run to Dad first, then the dog.”

No. 1 on Our List — Literally! My father never ate unless someone prepared a meal for him. When Mom was ill, however, he volunteered to go to the grocery store for her. She sent him off with a carefully numbered list of seven items.  Dad returned home, very proud of himself, and proceeded to unpack the grocery bags. He had one bag of sugar, two dozen eggs, three hams, four boxes of detergent, five boxes of crackers, six eggplants, and seven green peppers.

Good morning my fellow Rotarians.  Did you know that there are some very specific reasons why certain men simply cannot get along with a wife?

There you have it, why some men like dogs over women.  I don't get it, but then again I just celebrated my 25th with my lovely bride, who is my best friend!  Life is good!  And this is the Bottom of our News on this Friday, June 8, 2012.

Bonnie & Clyde Go ‘Down’ in History

Good morning and happy June 1st!  As we wrap up the month of May it is interesting to note some memorable events that history that occurred during the last week of May.

On May 23rd, 1883, the Brooklyn Bridge in New York City opened.  After 14 years and 27 deaths, the bridge was finished and connected the cities of Brooklyn and New York for the first time ever in history.  It was the largest suspension bridge ever built and was considered the ‘eight wonder of the world.’

On May 24th, 1964, Senator Barry Goldwater suggested that the United States use an atomic bomb to end the Vietnam War.  Needless to say that created a firestorm of criticism that labeled Goldwater an “extremist” and it followed him through the election which resulted in a landslide victory by Lyndon Johnson.

On May 25th, 1977, the first George Lucas film opened in theaters across America.  Star Wars was an immediate blockbuster with ground breaking special effects and it launched a whole new pop culture phenomenon.  The movie earned 7 academy awards and grossed close to $1 billion in revenues and it launched a highly successful 35-year Star Wars industry.

On May 26th, 1907, John Wayne was born in Winterset, IA.  His real name was Marion Michael Morrison and his parents moved to California when he was 6 years old.  He played football at USC and during college got a job working as a prop man on a studio set.  Roles as an ‘extra’ in western films led to lead roles in western and war films and over time he appeared in nearly 100 movies.  At the age of 72 he died of cancer, but John Wayne was considered one of the most popular actors of all time.

And finally, on May 23rd, 1934, the notorious criminals Bonnie and Clyde were shot to death by Texas and Louisiana state police, taking on 168 bullets.  The infamous duo were responsible for killing 13 people, including 9 police officers, during their dozens of robberies of banks, gas stations and grocery stores.  Many people had a romantic view of the couple as “Robin Hood” –like folk heros; especially after the success of the 1967 film staring Faye Dunaway and Warren Beatty.

There you have it, big events in history for this past week and that is our Bottom of our News on this Friday, June 1st, 2012.