The Wonder Product - WD40!
Good morning!  Today I wanted to share some amazing results from a recent study conducted by the “Women’s Lifestyle Institute.”  They found some interesting things about the use of WD40 and now call it the ‘wonder product.’  I thought I share some of these discoveries with you this morning, but each one also comes with a caution…

Get off that stuck ring... When pulling and tugging can’t get that ring off your finger, reach for the WD-40. A short burst will cause it to slide right off!  Caution, wash your hands afterward.

Protect a bird feeder... To keep squirrels from taking over a bird feeder, spray a generous amount of WD-40 on top of the feeder. The pesky squirrels will slide right off.  Caution; remind your squirrels to wash their paws afterward.

Remove chewing gum from hair...  It’s a mommy nightmare, chewing gum in tangled hair.  You don’t have to panic or run for the scissors. Simply spray the gummed-up hair with WD-40, and the gum will comb out with ease. Caution, be in a well-ventilated area, avoid contact with the child’s eyes and wash your kid’s hair and your hands after use.

Relieve arthritis symptoms...  For occasional joint pain or arthritis symptoms in the knees, spray on WD-40 and massage it in.  Then, then wrap your knees to sleep overnight and this will provide temporary relief.  Caution, you will need to find another place to sleep because the smell with intoxicate your spouse!

Spray on fishing lures... Salmon fishermen in the Pacific Northwest spray their lures with WD-40 because it attracts fish and disguises the human odor that keeps fish from biting. WD40 has improved ‘catch’ rates.  Caution, check local regulations to make sure the use of chemical-laced lures and bait is legal in your state.

Remove cat's paw marks...  Your cat may seem like a member of the family most of the time, but you may still need to clean paw marks off patio furniture or the hood of your car. To remove the paw marks, spray some WD-40 on them and wipe with a clean rag.  Caution, cats for some reason like the taste of WD40, so make sure you clean all surfaces with soap and water and of course, wash your hands as well.


Posted by Unknown at 5:17 PM No comments: Links to this post 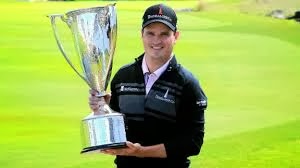 Good morning and welcome to a beautiful Friday.  Another great day to be thinking about golf!

And speaking of golf, this morning I'd like to honor of Zach Johnson on his recent performance and continuing success as Iowa’s favorite son and PGA golf professional.

Zach won his 10th PGA Tour this past weekend in Chicago.  And yet, he continues to fly under the radar on the tour often times with little recognition.  But that is okay with him because it is a reflection of his personality.  Often times a poor performing Tiger or other big names will get more TV time, but for Zach his consistent and steady play allows him to be in the mix more times than not when Sunday rolls around. This has been true especially the past three months where he has finished in the top 10 in six of his last seven events.

His steady play finally paid off last weekend when he carded a 65, with 6 birdies on Sunday, to win his first PG A event this year; the BMW Championship, which was the third round event of the FedEx Cup.  This victory vaulted Zach to 12th in the World Golf Rankings and pushed him over $30 million in career earnings.

Going into the BMW, Zach was ranked 27th in the FedEx standings and his win launched him into 4th place going into the final in Atlanta.  A win from any of the top 5, of the field of 30, would mean winning the outright FedEx Cup Championship and the $10 million bonus prize.  That would be an amazing finish to the year!

So, to Cedar Rapids’ very own, I say…  GO Zach, keep up the great work and Thank You for representing us well!  And that is the bottom of our news on this Friday the 20th of September, 2013!

Good morning, it is another Friday!  By show of hands how many of you have siblings?  And how often did sibling rivalry break out in your house?  A lot?

Well, as the oldest of 8 kids it was never ending "one-up-man-ship" at our house.  But, I had forgotten about all of that until a recent grandson’s birthday party.  It was interesting how his little brother thought he was entitled to some of his brother’s gifts.  And then I remembered the famous “Sibling Property Rules” we used to have in our house… 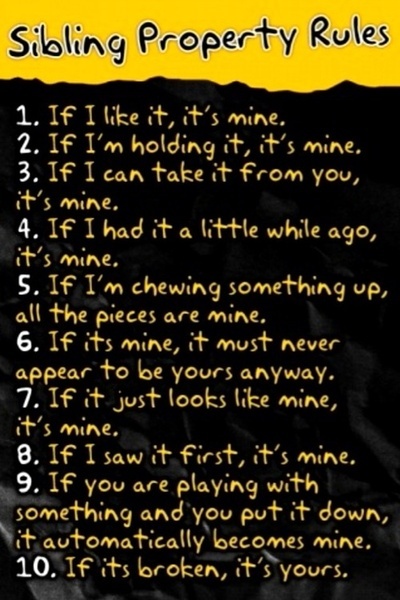 So, for those of you with siblings, kids or even grand kids, these rules rule as the bottom of our news on this Friday the 13th of September, 2013!
###
Posted by Unknown at 12:21 AM No comments: Links to this post

I Love This Game – GOLF! 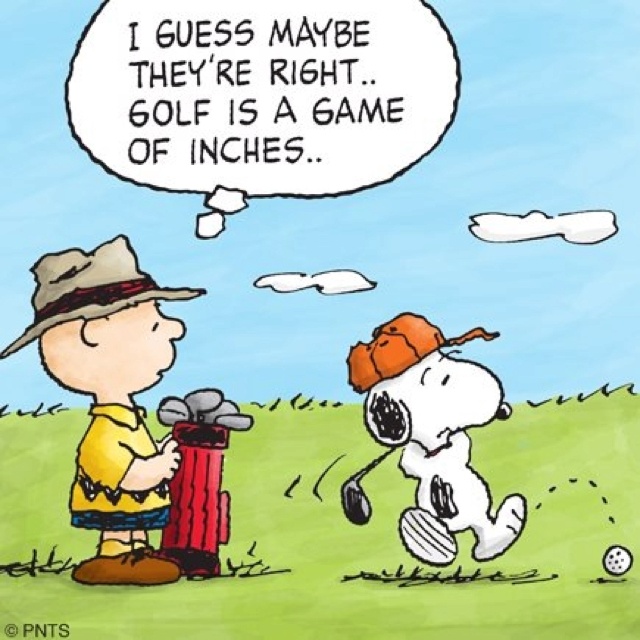 Good morning my fellow Rotarians!  Yesterday I had the privilege of playing in the annual Mount Mercy golf event at Hunters Ridge.  All had a great time and I thought this morning I’d share a few golf stories with you…

A golfer asked his friend, "Why are you so late?"  The friend replied, "Its Sunday.  I had to toss a coin between going to church, or playing golf and it took 25 tosses to get it right!"

A gushy reporter said to Jack Nicklaus, "You are spectacular, and your name is synonymous with the game of golf.  You really know your way around the golf course.  What's your secret?"  Nicklaus replied, "The holes are numbered."

An American went to Scotland and played golf with a newly acquainted Scottish golfer.  After a bad tee shot, he played a "Mulligan" which was a great shot.  The American asked the Scot, "What do you call a Mulligan in Scotland?" The Scot replied, "We call it hitting 3!"

Police are called to an apartment and find a woman holding a bloody 5-iron standing over a lifeless man.  The detective asks, "Ma'am, is that your husband?"  "Yes", says the woman.  "Did you hit him with that golf club?"  "Yes, yes, I did."  The woman begins to sob, drops the club, and puts her hands on her face.  "How many times did you hit him?" the detective asks.  "I don't know... five, six, maybe seven times; just put me down for a five."