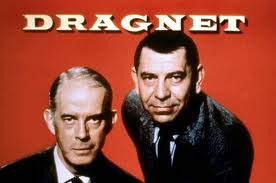 Good morning my fellow Rotarians.  I was talking to a friend the other day who is a police officer and we were talking about some of the crazy people and situations they run into.  And he told me that a great way to see some of that is to check out  police blotters and so I did.  Here are some sample entries…

"Police receive a report of a newborn infant found in a trash can at a restaurant. Upon investigation, officers discover it was only a very large burrito."

"A caller to 911 reports hitting an intruder in his house in the head with an axe.  The called then went on to say that the intruder 'was in the mirror.'"

"A man came to the Sheriff's Department to 'find out how to legally kill' a person who was harassing him.  He thought he would ask the police directly because he didn't want to break any laws or anything.”

"A caller reported at 7:14 pm that someone was on a porch yelling 'help' from a residence on Bank Street. Officers responded and learned the person was calling a cat that was named 'Help.'  Who would name their cat 'Help?!'

"The Learning Connection Kids Center reported a man standing at his window across the street for hours, making parents nervous... Police identify the subject as a cardboard life-size cutout of Arnold Schwarzenegger.”

"Looking for a trespasser, police enter a building and call out, "Marco..." Police found the suspect when he responded, 'Polo.'"

“Police respond to an incident at Lower Duck Pond where it was reported that two dogs were running loose and attaching ducks at 11:20 am Sunday morning.  The officer cited a resident for the loose dogs.  The duck refused medical treatment and left the area according to police records.”

Good morning Rotarians.  As your guest reporter, this week here is the Bottom of the News from around the world.

British Grandmother Fined With Curfew for Selling Goldfish to Minor

A 66-year-old grandmother and pet shop owner from London is being fined by police for selling a goldfish to a 14-year-old boy, violating Britain’s animal protection laws.

This grandmother had previously sold a gerbil to another teenager who dropped the animal into a cup of coffee.  The incident was reported to police and they set up a ‘sting’ operation to catch the pet shop owner in the act.  A 14-year-old boy was hired to buy the fish, and the owner sold the fish without asking the boyhis age or how he planned to care for the fish.

The owner pleaded guilty to selling an animal to a minor and was ordered pay a fine of £1000 ($1640 USD).  She also had to follow a daily curfew of 6 pm to 7 am and had to wear a tracking bracelet so police could monitor and enforce her curfew.

According to a Berlin newspaper, a German woman gave birth to a baby on the sidewalk in the Berlin suburb of Womelsdorf.  Witnesses were shocked when they said the woman seemed to collapse while yelling that her baby was “on the way!”

Another witness took a photograph which shows the woman lying on the sidewalk and in front of her is a woman kneeling with a baby in her arms, while another woman is holding her head.  Mother and child were rushed to a local hospital and both are apparently okay.

Italian Pizzerias Suspected of Using Wood from Coffins for Ovens

Italian prosecutors suspect that pizza shops and restaurants in Naples are burning wood in their ovens from dug-up coffins in order to cut down their costs.

Some cooks like to fire their ovens with apple or hickory wood. Others, apparently, like casket wood, which gives their pizza a “special” flavor.

According to Italian newspaper Il Giornale, “A gang may have set up a market for selling coffin wood to owners of pizzerias looking to save money.”  The investigation is still ongoing in Naples.