This Week in History – The “Evil Empire!” 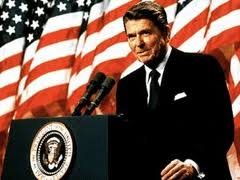 Good morning my fellow Rotarians!  I thought we would take a look back in history to a few notable events….

1927…  The Federal Industrial Institution for Women, the first women's federal prison, opens in Alderson, West Virginia.  It was run by Dr Mary Harris and she wanted to reform inmates by teaching them how to type, file, grow a garden, cook and can fruits and vegetables.  Many called it a fashionable boarding school instead of a prison.

1945…  Holed up in a bunker under his headquarters in Berlin, Adolf Hitler commits suicide by swallowing a cyanide capsule and shooting himself in the head.  Soon after, Germany surrendered to the Allied forces, ending Hitler's dreams of a "1,000-year" Reich.

1961…  From Cape Canaveral, FL, Navy Commander Alan Shepard Jr. is launched into space becoming the first American to do so.  The flight lasted 15 minutes and went 116 miles into the atmosphere.  Even though the Russians just three weeks earlier were the first to send a man into space, this was a major triumph for NASA, which was only a 3-year old agency.

1983…  President Reagan called for massive increases in U.S. defense spending to counter Soviet threats.  Many thought Reagan was simply on a PR campaign, but later one his most famous and bold quotes led to the ending of the cold war when he called the Soviet Union the "evil empire!"

1986…  The world's worst nuclear power plant accident occurs at Chernobyl in the Soviet Union. Thirty-two people died and dozens more suffered radiation burns.  It was only after Swedish authorities reported the fallout did the USSR reluctantly admit that an accident had occurred.

2001…  Dennis Tito was the first ‘tourist’ to go into space 40 years after Alan Shepard.  Tito’s request was turned down by NASA because they didn’t think space was for tourists so he go accepted into the Russian program.  After several months of controversy, the space tourism company Space Adventures, Ltd. sponsored Tito, who spent 7 days in space and paid $20 million for his trip.