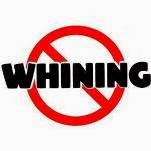 Good morning my fellow Rotarians. Here are some headline news...

YUBA CITY , Calif., April 10 (UPI) -- A California teen was so determined to raise money for a prom dress that she enlisted the help of a minor to help her sell brownies that were laced with pot. Unfortunately the teen got caught and was taken out of River Valley High School in handcuffs. In addition to being sentenced to four years probation for employing a minor to sell marijuana, the Yuba City teenager is now in danger of being deported back to Mexico.

PALM SPRINGS , Fla., April 10 (UPI) -- A special Palm Beach County Fire Rescue team, the "Bariatric Unit,” was called upon on Wednesday to rescue an obese man who had fallen in his home and was unable to move. In order to rescue the man, who was reportedly several hundred pounds overweight, the special unit had to cut a hole in the back wall of his home because he could not fit through any of the doors. "There's no way we could get him out," said friend Don Estess. "And I’m sure he won’t be happy with the big hole in his back wall." The Bariatric Unit is equipped to handle patients that weigh up to 1,000 pounds.

BUFFALO, N.Y., April 10 (UPI) -- A Buffalo judge ruled that a woman who was dumped by her former fiancé via text could kept her $53,000, three-carat engagement ring because her ex’s message implied that it was a gift. “You can keep the ring as a parting gift and use it for a down payment on a house,” said Louis Billittier, Jr. texted after breaking things off with Christa Clark. “You are doing this through a text message????” she texted back, according the Buffalo paper. Their relationship ended after 14 months because Clark wouldn’t sign the 55-year-old restaurant co-owner’s pre-nuptial agreement. State Supreme Court judge said that text message was further proof “the ring was a gift” and once a gift is given, it is irrevocable.”